Home The Froggblog Twitter updates and highlights from Fashion Week 2016 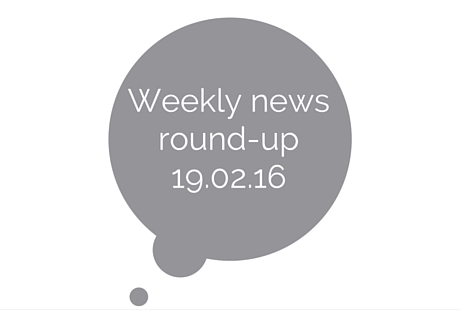 Here at Leapfrogg, every week we have a meeting to share developments within the world of customer experience, digital and retail. Here are some of the things we discussed this week…

Twitter has just rolled out a new timeline feature that will display tweets out of chronological order and by relevancy to the user. The aim of this change is to stop Twitter users from missing out on updates from the people that they follow.

Starting today you can choose to try our new feature, so you’ll never miss important Tweets from people you follow: https://t.co/fS1axkDiUh

The feature, which launched Wednesday, is currently optional (you need to manually activate the option), but Twitter plans to roll it out as a default in the next few weeks but give users the ability to opt-out.

The new timeline feature seems aimed at solving one of Twitter’s biggest problems – the fact that casual users can be overwhelmed by the service’s noise, making it difficult for them to quickly find content that’s useful and relevant.

Our Senior Social Media and Content Consultant says “The introduction of an algorithm is both a challenge and an opportunity for retailers. If Twitter follows a similar path to Facebook, the new algorithm will become more complex over time, resulting in more time being needed to understand, monitor and adapt to these changes. Retailers could also end up being pushed towards advertising in order to compensate for loss of visibility on the platform.

However, there is an upside, particularly from a user perspective. Low quality and repetitive content will no longer cut it. Although this will mean more effort will be required from brands when they craft their content, the overall experience of using Twitter will be greatly improved.”

Customer service on Twitter is huge! And now customers can take an issue private into DM & give NPS/CSAT ratings! https://t.co/YedRGt7B5w

Meanwhile Twitter is also planning the roll out, initially with selected brands, of a new survey feature called Customer Feedback. It claims this will make it easier for brands to ask customers about their thoughts against use two industry standard question formats: Net Promoter Score and Customer Satisfaction. Read more here.

London Fashion Week kicks off today and this year will see The British Fashion Council screen shows and exclusive footage from 60 out of home sites on Ocean Outdoor and signature digital screens.

Content will include live streams from six catwalk shows and will air in four locations in London, as well as in Birmingham, Bristol, Edinburgh, Glasgow, Leeds, Liverpool, Manchester and Newcastle.

This new venture brings London Fashion Week allows designers and brands to reach significantly wider audiences than ever before.

Over in New York, we spotted our client Lyst launch a campaign to ensure they are noticed during the busy period – which can typically be a struggle for ecommerce to engage with.

Through their ‘I’ve Got Clothes In Different Area Codes’ #FindNYFW campaign – Lyst teamed up with Uber to provide users with the opportunity to ‘style packs’ filled with designer items depending on what is trending in their neighbourhood (via data on the Lyst site).

All users have to do is open the app in Manhattan and Brooklyn and enter the promo code FINDNYFW to unlock the special stylepack option.

This week, we were also interested to find out that Instagram has overtaken Twitter to become the go-to platform for London Fashion Week news. According to Greenlight, there were 5,602 Instagram posts using #LFW2016 in the month leading up to London Fashion Week 2016, compared with just 1,178 Twitter mentions over the same timeframe.

In 2015 things looked were quite different, with more than 6,000 Twitter mentions using the #LFW2015 hashtag leading up to the event.

What we’ve been reading this week:

How to embrace creativity in the programmatic age