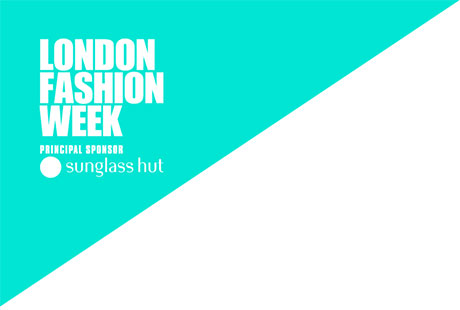 In this edition of The Hype, we look at the retailers and designers that have showcased fashion and digital at London Fashion Week (LFW).

Every season, the role of digital becomes more prevalent at Fashion Week as more and more brands harness the power of online. Now you don’t even have to be in the Frow in order to interact and engage with the shows, as more and more designers bring their collections to consumers via technology. 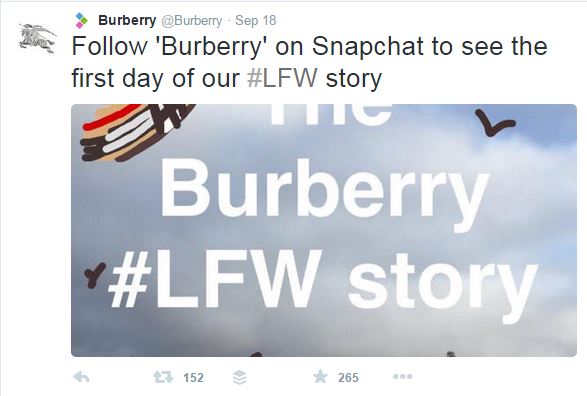 The digital pioneer that is Burberry inevitably stood out this year due to their innovative use of Snapchat.

In a first for a luxury brand, Burberry created a Snapchat story which revealed its spring 16 collection the night before its Fashion Week show to Snapchat’s 100 million users. The preview remained on Burberry’s story for 24 hours and was then followed up by a ‘Burberry Live Story’ that combined crowd-sourced Burberry show-related video and images into a single stream on Snapchat. The content then of course disappeared after 24 hours giving it a real feel of exclusivity. I’ve seen many brands use Snapchat, but it has often felt like the brand has been thinking ‘platform-first, content-second’, but in Burberry’s case, its use of the platform felt polished and really added value to their show.

Prior to Fashion Week, Burberry also launched another first for a fashion brand – a music channel on Apple Music. You can find the channel in the ‘curators’ section and it showcases collaborations with British artists in the form of songs, playlists, films and performances that are all in keeping with the Burberry brand.

The campaign was clearly a success as data from Brandwatch showed that Burberry was the most talked about designer on social this season – pulling in over 40,000 tweets – over 10% of the total tweets about London Fashion Week.

Former CEO Angela Ahrendts (now retail boss at Apple) was responsible for putting digital at the heart of Burberry’s business strategy, which has included launching live catwalk streaming and the ‘Art of the Trench’ mini-site. Last year during LFW, Burberry also partnered with Twitter to launch a click-to-buy button for Burberry products as they were modeled on the runway. 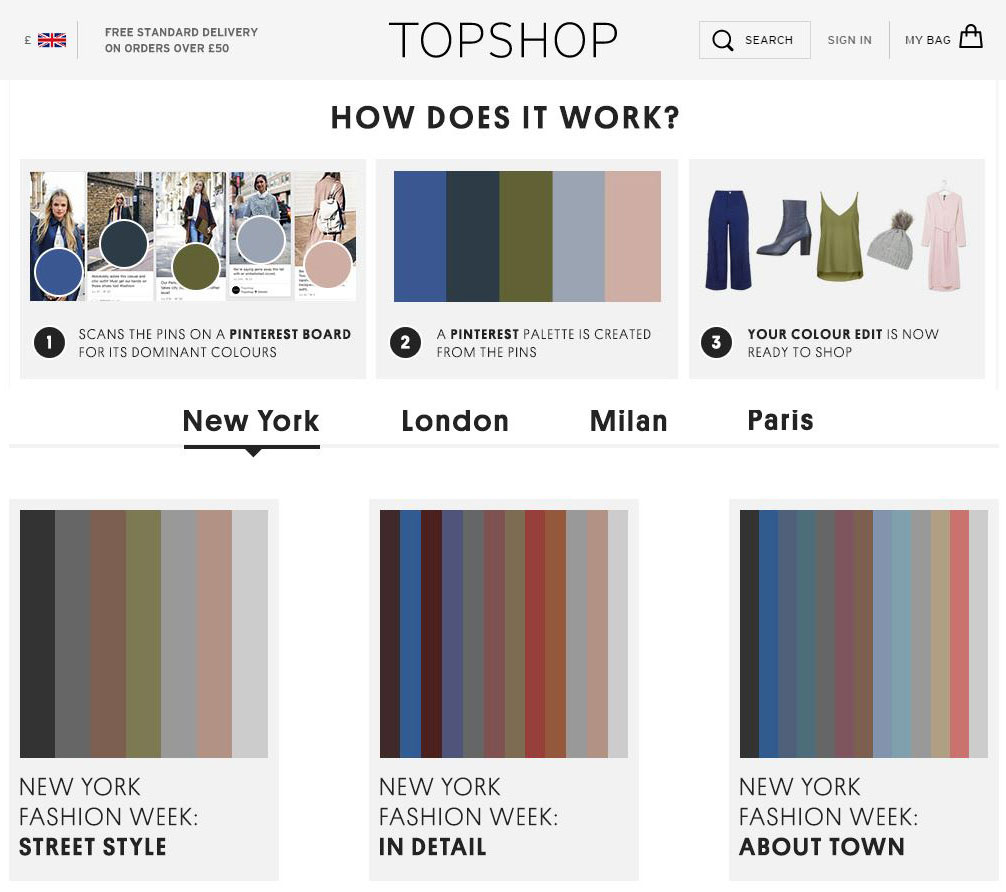 Topshop is the only high-street brand on the fashion-week schedule, and their Unique Show which is now in its 23rd season, has become one of the most highly anticipated shows.

In order to engage their entire customer base in the London Fashion Week excitement, Topshop teamed up with Pinterest to launch ‘Pinterest Palettes.’ Their online tool scans and identifies colour trends based on either a user’s individual Pinterest boards or those curated by Topshop on the trends they spotted in New York, London, Milan and Paris. Based on the colour palette selected, Topshop then provides shoppable recommendations from their online store. According to the team, a potential 16.8m colour combinations will be possible, providing unique results for every user.

For those in London, Topshop hosted a pop-up on the lower ground floor of its Oxford Circus flagship that offers shoppers the ability to explore their Pinterest boards on iPads, and print out their our Pinterest Palettes colour inspiration cards. Their personal shopping team is also offering colour advice tailored to customers’ individual colour spectrums.

Eclectic English Fashion Designer, Henry Holland teamed up with Visa Europe to combine fashion, wearable technology and payments in another Fashion Week first. At his London Fashion Week show, front-row guests were given a Henry Holland-designed ring – created just for the event which featured integrated NFC technology, which linked up to a number of pieces containing a payment receiver tag. This was then linked via Bluetooth Smart technology to a virtualised terminal and Visa’s payment network. Guests could then purchase items directly from the runway which could then be picked up after the show. On speaking of the wearables, Holland said he designed the “connected jewelry” with fashion in mind and it was important to him that the technology was completely invisible.

Tune into our live Periscope #Beaheadliner Mobile Sessions this Saturday from 1-2pm London time for exclusive access to future headline acts as they make their way to the Hunter Original spring/summer 2016 show at #LFW A photo posted by Hunter Boots (@hunterboots) on Sep 16, 2015 at 3:55pm PDT

British heritage brand Hunter Originals utilised live-streaming app, Periscope, at their London Show to extend the reach of their brand to a broader audience with a series of live mobile gigs in the build up to its show.

Hunter launched #BeaHeadliner Mobile Sessions on the app to showcase music and interviews from up and coming musicians which were filmed as the musicians travel to see the show in Hunter-branded 4×4 vehicles. The #Beaheadliner campaign tied in nicely to the brand’s association with music festivals as the label’s Wellingtons have long been the staple footwear at festivals. Hunter will continue to use the hashtag post Fashion Week to promote upcoming musicians during festival season.

That’s it for our round-up. Which brands and designers stood out for you at Fashion Week this year?