Home The Froggblog The latest from Google: Panda 4.2, Alphabet and Google Local

Over the past couple of months, Google has made a number of changes and announcements. With the big G maintaining dominance in search, it’s important that brands are aware of the changes in order to stay ahead.

Below is a short summary of some of the latest Google updates affecting natural search to help keep up-to-date and ensure your strategies are robust.

On July 18th Google began a Panda refresh which aims to devalue pages with thin or low quality content. Unlike past Panda updates, this is a long slow roll-out so sites are unlikely to see any immediate impact.

Google wants to index and reward useful pages that provide good quality, unique content that is highly relevant to a users’ search. If you are concerned you may have been affected by Panda previously, and you have addressed your on-site content, you could see your natural visibility improve over the coming months. On the flip side, if you are still not integrating quality content into your pages, you could see the opposite effect.

A lot of eCommerce sites still seem hesitant to add content to important category/sub category pages for fear that it will detract from the products. There of course needs to be a balance, but your on-site content should help guide, inform and support users when making a purchase so a lack of content will be detrimental from both a visibility and conversion perspective.

Google’s local products have evolved quite a bit over the years. From ‘Places’ to ‘Local’ to ‘My Business’– it’s fair to say that this hasn’t been one of their most streamlined offerings!

For too long, there has been confusion around how to connect your historic ‘Places’ or ‘Local’ pages with Google+ brand pages and Google Map listings. Google was not quick to solve this issue which led to an over-saturation of inactive, unpopulated or duplicate map listings, not to mention some frustrated webmasters!

So when Google announced that they would be closing down inactive or unresponsive Google+ My Business pages on July 28th, this wasn’t an unwelcomed move.

Google has also decided to reduce the local ‘7 pack’ of results to a ‘3 pack’, with business addresses and phone numbers being removed altogether. This will improve mobile user experience but also further refines local search results.

I don’t see this as a bad thing for retailers. This is more like ‘house-keeping’ on Google’s part. There’s no denying that having an optimised Google+ My Business page remains a significant part of any local strategy, but the changes do highlight the importance of ensuring your pages are well optimised, that local information is accurate and that your page is correctly linked to your map listing. (If you still haven’t linked your Google+ accounts, here’s how.)

I then think Google will start placing more emphasis on retailers that are actively engaging with their audience through their My Business page. This is where I think brands still have work to do. Your listing is not just a location marker. Make the most of this additional natural exposure and post content, encourage reviews and communicate with your local audience. 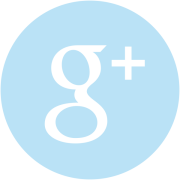 The future of Google+

Alongside the local changes, Google has finally announced its plans for Google+. Part of the plans include the popular decision to no longer force users to sign up to a Google+ account in order to use services such as YouTube and Gmail. It is also separating out other elements such as fully migrating Google+ photos onto a separate stream called Google Photos.

The problem with Google+ was that it never quite found its niche. It failed to compete with Facebook which retains dominance as the ‘socialising’ platform of choice. Google+ also failed to gain ground in other areas, with niche newbies like Instagram ploughing ahead in terms of visual networking and content sharing.

However a lot was invested in Google+ so they are not going to let years of development go to waste; they just need to give Google+ a focus. Many of the thoughts in this article reinforce that its longer-term value will be as a platform to share, engage and discuss interests and topics.

A feature released in May, Google+ Collections, enables users to create, contribute to and discuss various topics. Since launch, users have demonstrated high engagement with Collections, with many stating that this could give positive direction to the platform.

Could Collections pave the way for Google+ to (dare I say it) succeed? Only time will tell. I might even log in myself sometime soon.

Finally, let’s end with Alphabet. Google’s most recent announcement on 10th August detailed plans to restructure into new holding company called Alphabet. The new company will head up a collection of companies, the largest of which will be Google.

Google’s co-founders Larry Page and Sergey Brin announced (a surprise) shake-up of the company’s structure and management. In the announcement, they will be handing control of the Google search engine to Sundar Pichai who will replace Larry Page and become CEO of Google.

What does this mean for brands? Well not much right now. It will be interesting to see where Google steers itself in the future but for the short term, its business as usual.