Home The Froggblog The Hype: what’s hot and happening in premium retail this month? 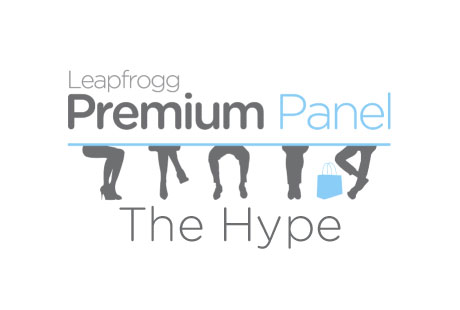 Welcome to The Hype – a monthly digest of the hottest products, trends and innovations from the world of premium and luxury retail, hand-picked by our Premium Panel.

Last week Selfridges claimed to be the first department store in the world to open its 2015 Christmas shop as it bids to capitalise on summer tourist trade.

Selfridges has transformed 3,000 square feet of its fourth floor into a winter wonderland filled with festive treasure, gifts and decorations. The department store’s theme for Christmas 2015 centres around ‘Journey to the Stars’, which store bosses said is its “most unconventional Christmas scheme to date.”

This year’s big trends include personalised decorations, black and white monochrome and iconic London decorations, which are expected to prove popular with their key target audience of tourists. What do you think – too early?

Etsy, which sells handmade and unique products created by around 1.4 million sellers across the globe, will stock a host of products based around Selfridges’ ‘Journey to the Stars’ Christmas theme.

At least six Etsy sellers will be selling products such as dream catchers and astrological prints at the store. The sellers will also be on hand to lay on live crafting sessions at Selfridges.

After printing the leather comes making the @viviennewestwoodofficial bags… Are you getting excited? #CSCxVW

The new collection features three of The Cambridge Satchel Company’s styles in three lust-worthy colour ways printed with Westwood’s iconic squiggle print. The print is screen printed directly on to the leather by the printer that has produced Westwood’s iconic Pirate Boots for over 30 years.

The range is available exclusively at Vivienne Westwood and The Cambridge Satchel Company’s stores and cambridgesatchel.com and definitely offers a more affordable option to anyone lusting after a Vivienne Westwood bag. You can take a look at the collection here.

High-end department store Harvey Nichols has become renowned for creating controversial adverts that get people talking, and their latest ad for their new Rewards app, continues their tried and tested formula.

The online film, created by Adam&EveDDB and produced by the Layzell Brothers at Blink, shows security footage of real-life shoplifters stealing from Harvey Nichols and being caught by security staff. The shoplifters’ identities are concealed by the addition of cartoon animated faces which adds a touch of humour to the advert.

In addition to the online film, there is also a print campaign, showing stylish shoppers being caught red-handed, and in-store activity reminding potential shoplifters that there’s now a legal way to get a freebie by using their new loyalty app.