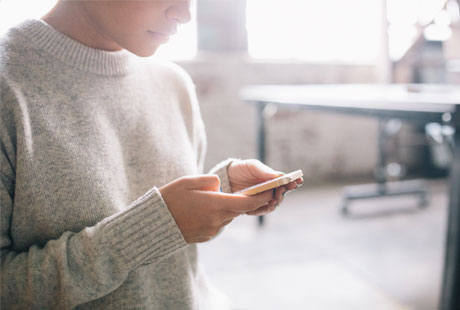 What was the campaign?

In August this year, premium retail brand Marc Jacobs made headlines when it launched a pop-up shop with a difference in London’s Covent Garden. Instead of giving away free samples or selling products, transactions were conducted exclusively via hashtag.

Customers of the ‘Tweet Shop’ were invited to “buy” samples of the designer’s Daisy fragrances by tweeting with the hashtag #mjdaisychain, while those who tweeted a photo or video could “buy” a key ring or free manicure at the in-store nail bar.

The shop also featured a photo booth and Vine booth to encourage people to share images and video, with those tweeting the best photos being in with a chance of winning a Marc by Marc Jacobs handbag each day for the three days that the shop was open.

What were the results?

As well as attracting thousands of hashtag mentions over the course of the three days that the shop was open, even before its launch the campaign garnered genuine editorial coverage – not just paid for PR – across all the major fashion magazines including Glamour, Vogue, Marie Claire and Elle UK, putting Marc Jacobs right in front of its target market.

The campaign also attracted national newspaper coverage due to the fact that it was doing something totally different that hadn’t been done in the UK before.

Fundamentally, the Marc Jacobs campaign worked because it offered something new – it was the first example of the concept outside the US. What made the campaign so successful was that the brand got their audience insight spot-on and conducted the campaign perfectly – providing a totally seamless experience that they knew their customers would love.

The shop itself worked hard to create a “social media-friendly vibe” with a lounge area, free drinks and free Wi-Fi so that data limits and lack of signal wouldn’t ruin the concept. These elements brought customers in and got them to stay, take photos and enjoy the whole experience.

The campaign was entirely customer-led from start to finish, positioning the shop as a “gift to Marc’s many fans and followers”. Through social listening, the brand had seen that its customers were incredibly active on Twitter and were already tweeting images and videos of their Marc Jacobs products – so they started speaking their language and using their audience’s preferred method of engagement to get them create buzz around the brand.

In an interview with Marketing Week, Natalie Moon, UK marketing director at Coty which owns the license for Marc Jacob fragrances, said: “We’ve got a deeply engaged follower group who are spontaneous, creative and give a lot to us. This was a chance for us to give something back to them.”

This isn’t the first time that Marc Jacobs has got it right when it comes to social media either – it recruited the models for its AW14 campaign via Instagram.

What can you learn from this for YOUR brand?

While you may not have a Marc Jacobs-sized budget or the advantage of hundreds of thousands of Twitter followers, you can still learn a lot from the bigger players’ marketing efforts. From this campaign, the key takeaways for your brand’s social media campaigns are:

Are they most active on Twitter, Instagram, Facebook or elsewhere? When you know this, you’ll know which platform to design your campaigns for to maximise success.

Use listening tools to find out what hashtags your audience are using, what they’re talking about and how they engage with other brands. This means you’ll be able to communicate with them in a way that captures their interest and builds genuine relationships.

Social media is a place for people to share the things they’re passionate about; therefore your social media efforts should be based around delivering your audience things that they enjoy and making them feel appreciated.

Whether you do this physically or virtually, it’s important to ensure that you ‘road test’ your campaign from a customer’s point of view before kicking off. Use your internal team as guinea pigs to ensure that you iron out any potential obstacles – you want to deliver your audience a seamless, enjoyable experience.

Ask yourself, as a customer, “what’s in this for me?” If you want people to engage with your brand, they’ve got to have a reason – you’re competing for their attention and loyalty amidst a lot of noise, so ensure that they’re being rewarded with something that they’ll love.

Which campaigns from premium and luxury retailers have caught your attention this year? Share them with us on Twitter using the hashtag #PremiumPanel or join the conversation over on our Facebook group.