Home The Froggblog What does the future hold for the Google+ platform? 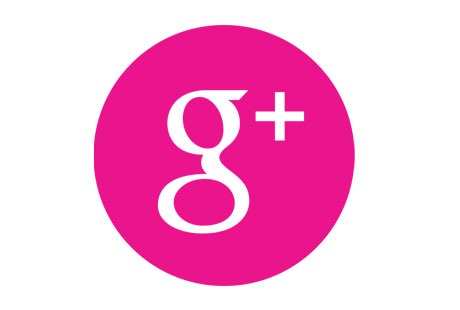 Last week it was announced that Vic Gundotra – “The Father of Google+” – was leaving the company after eight years. Justifiably, this has sparked plenty of speculation about the future of the social platform, with TechCrunch going so far as to describe Google+ as “the walking dead.”

Since its launch, brands and business have been weaving Google+ not just into their social campaigns but wider natural search strategy. Here’s our round-up of some of the past week’s discussions around developments at Google+ along with our thoughts about what the future may hold for the platform.

TechCrunch posit their article entitled Google+ is Walking Dead that: “Google+ will no longer be considered a product, but a platform – essentially ending its competition with other social networks like Facebook and Twitter.”

This makes complete sense, seeing as Google+ has failed to generate anywhere near the number of daily active users (within the social stream specifically) that Facebook achieves.

TechCrunch also highlights Google’s statement, which has been quoted in all the additional discussions we’ve read, that Gundotra’s departure “has no impact on our Google+ strategy – we have an incredibly talented team that will continue to build great user experiences across Google+, Hangouts and Photos.”

While there may be no impending changes planned, this comment could be an indicator that these three things end up being separated out into three different products, with Google+ evolving into something else entirely.

In his article, The Impending Demise of Google+ for State of Digital, Barry Adams writes that we should “prepare for a dramatic shift in how Google+ is positioned, and how we as digital marketers are currently using the platform.”

Adams’ view is that the platform is unlikely to disappear altogether as Google has invested too much in acquisition of “advertising gold dust” surrounding users’ connections (via Circles) online activity and device usage. However, he agrees that it has “truly and irrevocably failed” as a social network.

Over at Marketing Land, Danny Sullivan is likewise sceptical that Google will make the decision to kill off Google+ completely. In What Would Happen if Google Really Did Kill Google+?  Sullivan compares Google’s attempt to rival Facebook to Bing’s attempt to challenge Google’s supremacy in search.

His view is that even if Google+ ceases to exist in its current incarnation, Google Accounts would still be a product “perhaps with a profile page, perhaps offering all the integration with Google services as there is now. It just wouldn’t be called Google+.”

Sullivan also points out that Google+ data is largely what’s been used by Google to deliver personalised search results. Without Google+ personalisation will be harder, but – on the flip side – could mean that Google starts to take into account social signals from other accounts such as Facebook and Twitter.

Last but not least, in a Recode article headlined Minus its Leader, What’s Left at Google+? Liz Gannes and Mike Isaac suggest that the future of Google+ could see the platform divided up several distinct parts:

They observe that “the Facebook-like social stream seems to have the least support, with multiple current Google employees expressing scepticism that it is worth keeping around.” Despite serving 300 million active monthly users (according to Oct 2013 figures), this is still a long way from Facebook’s user base of over a billion monthly active users.

Our thoughts on Google+

In summary, nobody knows what Google are planning for Google+. We’ll be continuing to use the platform as a social network both as an agency and on behalf of our clients, but at the same time preparing ourselves for the fact there’s likely to be a re-positioning in the way the platform sells itself to brands and users.
Despite Google’s assurance that nothing is changing (for now) we’d certainly be thinking about moving your focus away from direct engagement within the social stream – think the opposite of your Facebook strategy – and focusing on the asset creation and sharing capabilities that Google+ can offer your brand such as photos and hangouts.

Remember also that data such as reviews and page summaries are still being pulled into the SERPs, therefore it’s important to have an active presence, while personalisation is informed by Google login data. It seems that – for the time being anyway – Google+ is here to stay.