Home The Froggblog Messing about on the river 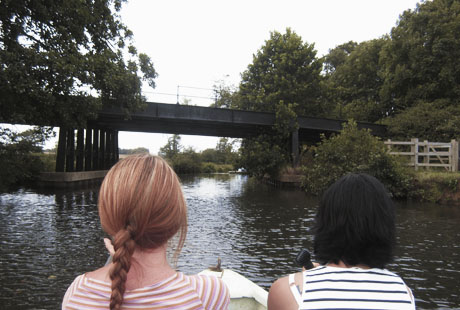 Last Thursday the ‘froggers’ went on a little summer jolly to Barcombe Mills to mess about on the river and eat a lot of barbequed food!

Our usual minibus from Mr.Clive travel collected the ‘froggers’ from Brighton and drove us to the Anchor Inn & Boating at Barcombe, a beautiful country pub set on the River. The sun was shining thankfully, there was a few little drops of rain later on in the evening but we stood firm and British and continued to enjoy the alfresco dining!

The twelve of us  plus two little boys and a million wasps enjoyed a couple of drinks before hopping on the boats and meandering down the river, swallows and amazons style. Great photo opportunity was had when our crew realised we were all wearing nautical stripes, non-intentional of course!

Once on the boats it was clear to see that the excursion on the river became a boy’s VS girls competition and the Freshwater-Burgess family against everyone (very competitive genes!) 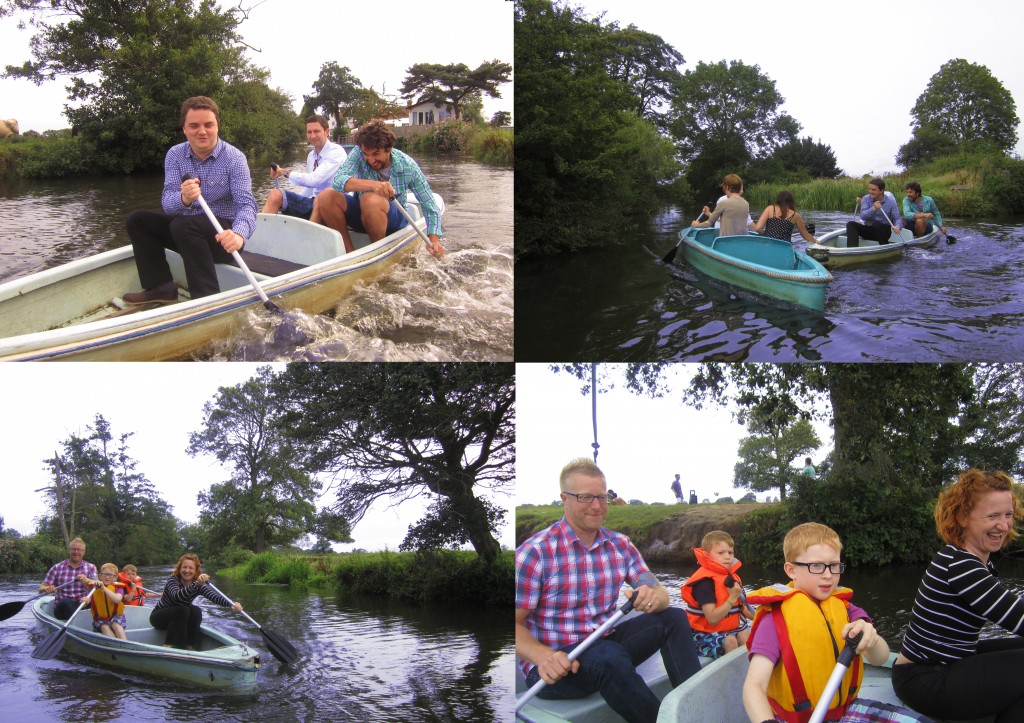 There were a few hairy moments when our boat went head first into a bramble bush, (the consequence of a water fight with the boys!) Aliki and Gwen had to do the limbo and try and push the boat away with their oars, there was panicked laughter but no one got hurt,  we were all just a bit damp apart from Aliki who was completely soaked. 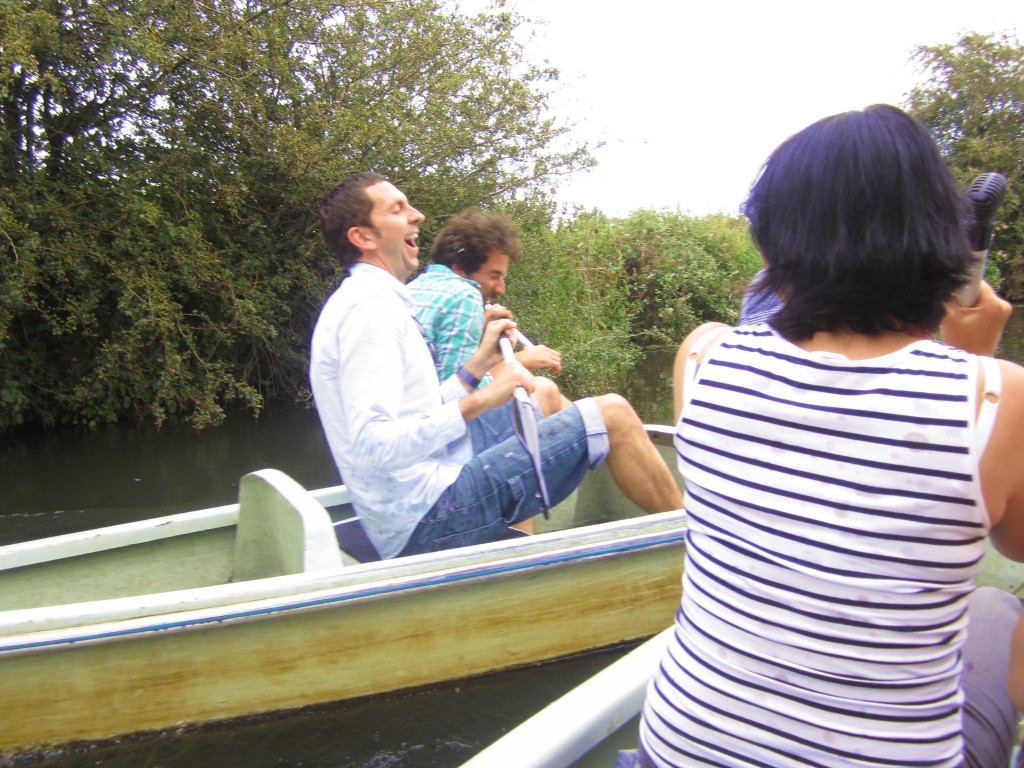 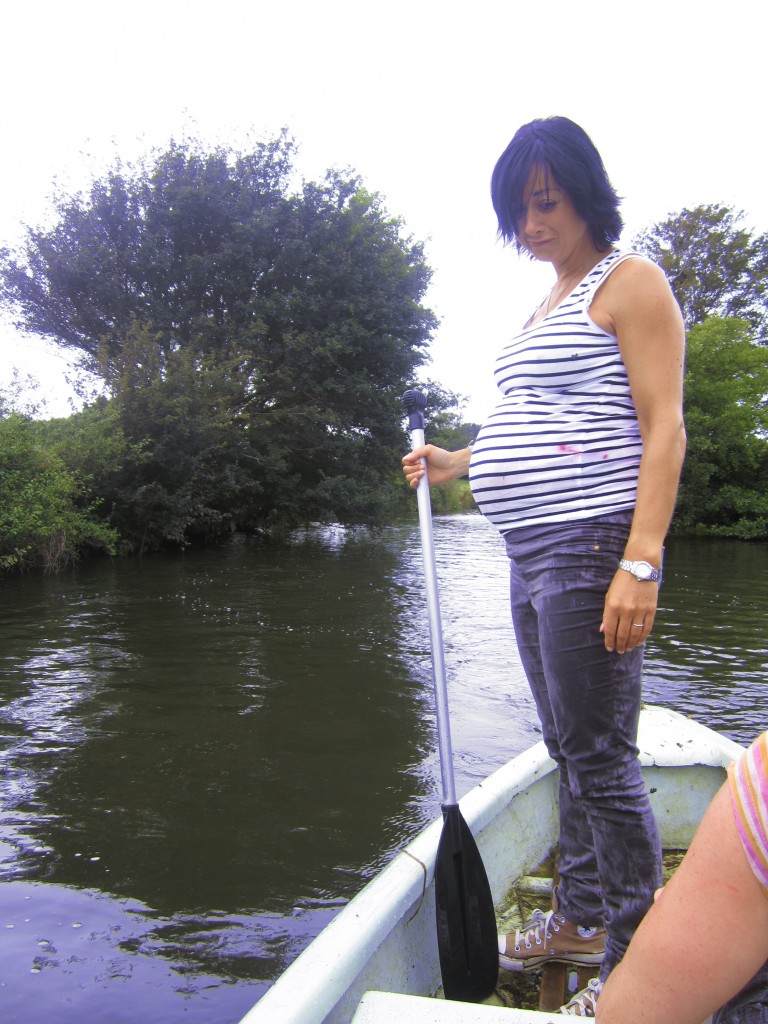 We even managed to do some blackberry picking and sample the local produce with a bit of banter with the cows who were enjoying a mud bath on the side of the river.

We hadn’t seen the other girls the whole time we had been on the river,  finally they rocked up with some fabulous looking ‘been in a bush’ hair styles, great to see the glamour was still being maintained! 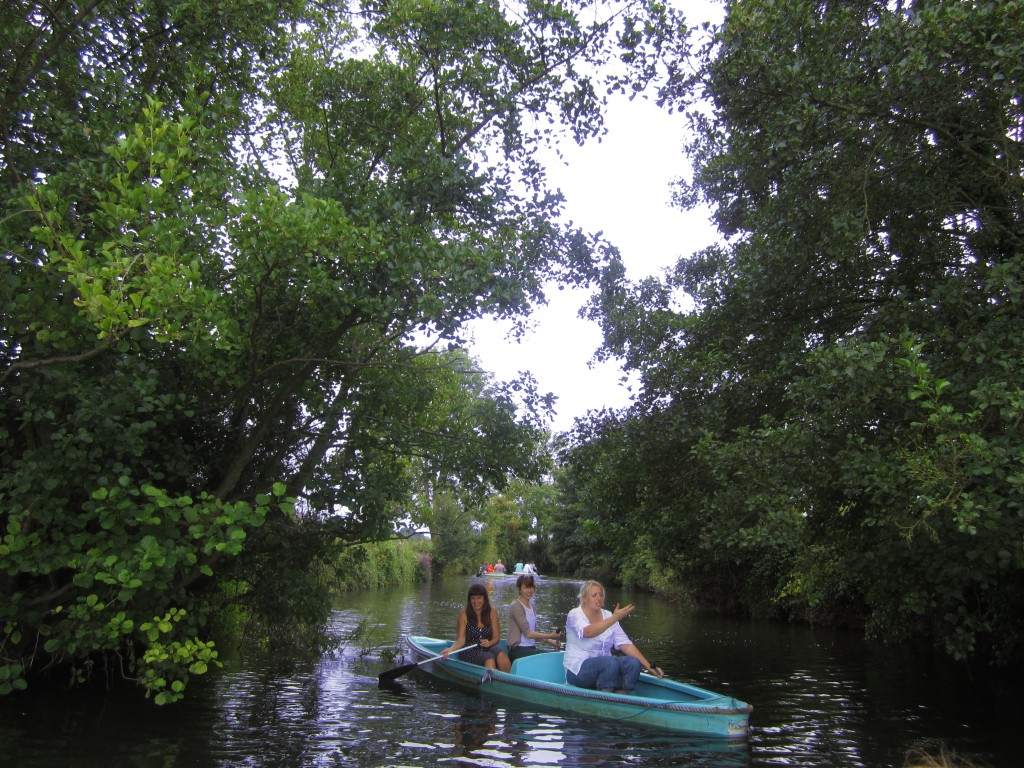 When we arrived back on dry land we had a well-deserved BBQ feast that we royally tucked into. We followed dinner with a good old fashioned pub quiz and Nick and Ben Adam were crowned the Pub Quiz champions even though they really struggled with a question about Phil Collins’ involving his hit ‘Groovy kind of Love’……………

There was so much left over food we couldn’t possibly waste it so we asked for doggy bags to take back to Brighton. We all enjoyed the leftovers on Friday, making sausage/steak and chicken sandwiches and trying to eat a million spicy chicken wings.

It was a lovely day and a nice break from the hustle and bustle of Brighton. Who knows what we will get up to in the autumn? The social team will be busy brainstorming ideas for the next team adventure, so keep your eyes peeled for more ‘frogger’ news and pictures.